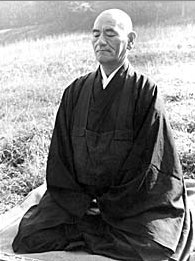 This weekend I went through my first zen retreat.

My interest in meditation has ebbed and flowed over the past several years.  The scientific evidence is piling up – Meditation increases mental clarity, healthy sense of self,  critical thinking, decreases depression, and my personal experience seems to comport — it increases overall mental well-being.  As an engineer, my mind is often spinning out of control, and I’ve always been inspired by the idea that I could control the quality of my mental experience internally — as opposed to being at the whim of the uncontrollable circumstances exterior to me.

Inspired by recent posts by friends, mentors, and personal heroes Brad Feld and Ben Casnocha, I decided to do a shallow dive into the world of Zen meditation.  I signed up for a 3-day “beginners mind” sesshin with the Village Zendo.  I didn’t know anyone at VZ.  I didn’t know the weekend agenda.  But I’d been to a few of their Dharma Talks, and I found the quality of the content and the surrounding community to be fairly high; which gave me sufficient assurance I wasn’t walking into some sort of suburban cult murder-suicide B-movie.

Kidding aside, the weekend was…  Wow – What can I say.  The rules of the weekend were ridiculous-seeming at first.  They were entirely designed to encourage introspection, and to avoid socialization.  There was no talking, no social courtesies, no radios, no unassigned reading, even “eye contact” was against the rules!  I don’t think I’ve ever experienced anything quite like that while spending a weekend away with a large group.  Later I learned that this was a “container” of sorts, meant to develop subtle minds of quiet introspection.  Quite unique and quite unprecedented for me.

Speaking of unique experiences:  The japanese-style Oryoki was incredible.  This strange ritualistic approach to etiquette of meals — breakfast, lunch, and dinner — was completely fast-paced and entirely authentic.  When we chanted, the sangha’s voices filled the practice room – The harmony of 25 voices coming together to fill each of our ears and minds is something I hope I’ll ever forget.  More importantly, it seemed to make my meditation practice stronger when I was on the cushion.

The meditation practice was easily the hardest part.  The first big hurdle for me was my posture.  I’d been trying to take the cheap route at home — using only a bed pillow for support.  Boy what a change it was when I switched to a Zafu!  Once I was grounded in the pillow, I was able to sit for long periods without fidgeting.  Once I could avoid fidgeting, I was able to settle down my mind.   Focus on breath is supposed to permeate everything during zazen.  When one notices that one’s focus from their breath has strayed during zazen, the task is to let the deviating thought go, and to gently move the focus back to the breath.  I’m really really bad at it, but the improvement over the weekend-long retreat was noticeable.

One of my favorite parts of the weekend was the “work practice”.  We were assigned hour-long tasks and told to do them as our practice — as mindfully as possible.  This was particularly worthwhile for me, as someone who had entered the weekend with a ‘beginners mind’.  I’ve spent the last 4 years of my life building a startup.  It’s nice to be able to just be able to focus on a simple task; which is a huge contrast with the kind of work associated with the game of five-dimensional chess that life as a C-level engineer at a VC funded startup has become these days.  At the retreat, I got assigned kitchen-service, and it was just such a simple and worthwhile to do a good job.  I wasn’t writing closures for the validation layer of our RESTful API – I was fucking chopping vegetables. Nothing more, nothing less.  While it was sometimes a challenge holding my entire focus on the task of simply chopping onions, there was just something so simply satisfying about mindfully chopping a dozen vegetables into bite-size bits, and then eating them in Oryoku a half hour later.

I think I was the youngest person on retreat by at least 5 years.  There’s something about being elder that makes you appreciate stuff like this.  I remember reading somewhere that when you’re young, your happiness is associated with trying new things, being crazy, being wild, doing anything that allows you to discover yourself.  Whereas when you’re older, your happiness is more about peace of mind.  Sitting on the front porch and listening the sangha members worry about the numerous mindless offenses that their patients or children had been caught committing, I couldn’t help but think of all the irresponsible stuff I’d done in the past months.  Is it cliche if I quote Blink 182 here?  It is?  Well, that’s okay, I’m going to anyway. “I think this is growing up“.   More seriously, there were students in their 60s that were just *starting* to practice Zen.  I’ve spent my whole life thinking I have my entire life to be mindful — I can’t imagine going through life and coming to something like this that late in life, when my more youthful years were behind me.

Coming off the weekend, I had a genuine sense of excitement just that I made it through the whole thing and that I’d discovered something novel, worthwhile, and gratifying.   Once the rules around socialization were lifted, it was clear how positive and supportive the sangha members were to one another and to me, and how grateful they were that we’d came (and visa versa).  I took the train back to Manhattan with a notice-ably more relaxed state of mind.  I’d like to, from now on, find a way to work zazen into my daily routine.  We’ll see how that works when my zafu arrives.

When I was a college kid, I used to think that if I learned to practice Zen then I’d come away with some big epiphany or overwhelmed with super-powered joy.  Well, that for-sure didn’t happen.  Moreover, I’m not sure Zen is actually “useful” or if it even gets you anywhere.  I don’t know if Zazen will make me more mindful, and therefore a better engineer, but part of the weekend taught me that everything doesn’t always have to be about achieving a goal.  Sometimes it’s okay to just sit, breathe, and accept things as they are.