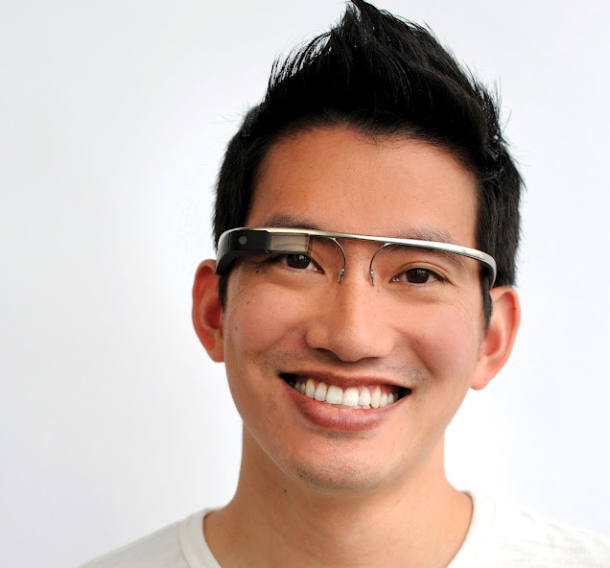 The dream of integrating man and machine to create an Augmented Reality has been a feature of hundreds of science fiction books since the beginning of the computer revolution.  By combining digital technology with ‘stereoscopic heads up displays’, projects like Google Glass offer the first opportunity for consumers to experience blur the line between real reality and virtual reality.

Here are some historical predecessors to the Google Glass.  Some are consumer-facing, others have had more application in the military.  Others have had specialized applications, like in operating rooms or in race cars. The Holmes StereoScope was a stereoscope viewer that consisted of two prismatic lenses mounted on a wooden stand.  The device was built in the 1850s and remained in production for nearly 100 years.  Click here to learn more about stereoscopes of the 1800s. The ViewMaster is a stereoscopic device built and marketed in the US in the 1930s.  It featured ‘reels’, which were cardboard disks containing 7 3d image pairs.  While it was, for some time, used for tourism and military training purposes, most current View-Master disk reels are marketed to children. The Integrated Helmet And Display Sight System (IHADSS) was the first integration of a visual heads up display on an aircraft.  It was introduced in 1984. The Virtual Boy video game system was built and marketed by Nintendo as the first ‘true 3d’ video game console.  It featured a head-mounted display  where the user looks into a neoprene eyepiece.  It was released in 1995 but failed commercially, with only 22 games ever released. The Joint Helmet Mounted Cueing System was a technology tested in the US Navy in 2003.  It was developed by Vision Systems International and integrated into the F/A-18 by Boeing.  JHMCS was used for target designation and ‘Lock On After Launch’ firing.  Integration of night vision goggles was a key part of the technology.

The Scorpion HMCS was the first color head-mounted display introduced into the aviation market.  It was also the first display that didn’t need to mounted on custom helmets – it was standard issue on HGU-55/P helmets.  It is compatible with both panoramic and night vision goggles.

Check out other head-mounted military displays here.  According to Wikipedia, future military-grade head-mounted displays may also include

The Google Glass is a consumer-targeted wearable computer and head mounted display.  It has gained considerable media attention due to its backing by Google, and is scheduled for mass-market release in 2013 for “around $1,500”.

The eyewear is designed to be as minimal as possible.  The device features audio controls, a camera, and geolocation technology.  For example, a user can tell glass to “record a video”, “take a picture”, or “send a text message” to a contact.

If the promise of google glass is to bring augmented reality to the masses, then I am excited that this year is the year it’s happening!  It’s encouraging (and scary) to think that in the future, perhaps our childrens generation will find it most quaint that we distinguished between real reality and augmented reality.