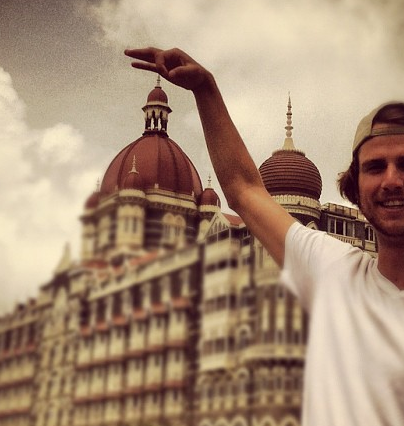 I was having a conversation with my father the other day about the opportunities that advances in science and technology have created for the future-minded and tech-savvy in my generation.

He”s a physicist by calling, so it shouldn”t have been a surprise, given the context, when he quoted the founder of classical physics, Sir Isaac Newton:

If I have seen further it is only by standing on the shoulders of giants.

That got me thinking. My grandfather was a pilot in the air force. He lived through the Great Depression. He ran a gas station in his later years. He had to work very very hard. My father worked years and years as a programmer and then a graduate student to get his PhD and, even then, it took him a decade to get his own team and make a name for his work.

Taking a look at my peers in the startup world and what they”re working on, it is clear to me that the business landscape has changed so much since the days of my parents and grandparents. Startups like Foodzie, DailyBurn, Devver, EventVue, Occipital, Retel, and Next Big Sound are creating massive disruption in their respective industries. In some cases, they are creating new distribution channels or even entirely new products. And, many of them are in their twenties and thirties! How is that possible?

They are standing on the shoulders of giants, of our forefathers. People like Linus Trovalds, the creator of Linux. Some are built upon the backs of hundreds of open source programmers, who write and refine languages like PHP or Ruby. Or, on Sun Microsystems., or the work at DARPA, or at Bell Labs. All of these projects created more value than they captured. And, all of those disruptive startups are dependent upon commoditized electricity, hardware, data storage, and internet access, among many many other things.

It”s truly amazing to take a look back and reflect on all of the things that had to”ve happened in order for the tech landscape to look the way it does today.

Sometimes, in technology, it”s easy to focus on the things that aren”t working. I know I curse AT&T every time my iPhone fails. And I poke fun at the Microsoft Windows machines my buddies in corporate America have to use every day. But, on the other hand, you have to respect what those companies have done to grow the technology sector.

Life in tech today is pretty great. The internet is very much a meritocracy, and the barrier to creating a company has probably never been lower.

Take some time and reflect on all the things that had to go right to get you where you are today.