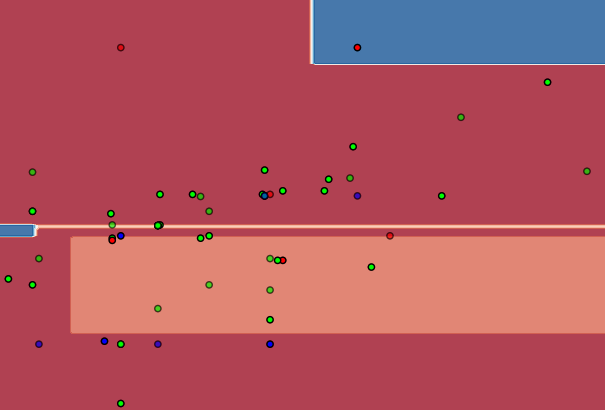 I built a cryptocurrency trading framework in January, and open sourced it as ‘pytrader’ 2 weeks ago.  Among the wave of interest, there were a handful of cynics:

I can’t imagine why anyone would actually want to release a profitable trader. Isn’t this kind of a tautologically dumb thing to do? .. I just can’t see any motivation to make it profitable and then issue a pull request. Maybe I’m missing something?

Thank you for open sourcing the project but.. lets be honest here. You only open sourced it because you couldn’t make it profitable and you wait for someone that will do it for you, but even if anyone will manage to do it using your code, why share it with you? You wouldn’t open source it, if it wasn’t profitable yourself. That’s why there is no other open sourced solution, that is profitable and never will be. Trust me i know a lot in this topic.

It’s really a fun toy project, but nothing more. Fees are not a problem at all, doesn’t matter if fee will go up or not it’s just another variable and proper algorithm will adapt to new reality and you will still make money.

I can tell you what you need for profitable trading software:

And then months of hard work of a world class team developing state of the art software that will NEVER be open sourced.

These commenters posit an interesting question about human nature, and about motivations in open source software.  I can’t speak for others, but I started this project to learn about machine learning and also to make a profit.  I open sourced it to learn from others.

If someone gave you an half-written instruction manual and a toolkit that could turn an ordinary goose into a golden goose,

I do not presume to know how others would answer the above questions, but the undergraduate anthropology minor in me thinks that watching the ‘pull requests’ tab of the repo will yield some interesting clues.

This project uniquely exemplifies a hodgepodge of competing motivations associated with open source software because:

I’ve been thinking a fair bit about the concerns raised and what it will take in order to make this system successful over time.  Heres what success looks like:

Since open sourcing the repo, I’ve been chatting with people on the pytrader slack ( #23 ) about the development roadmap.

So far, I see the following actor archetypes:

A key part of achieving success as defined above will be maintaining balance. Balance between

Given the zero sum nature of the trading market, the incentive structure of pytrader should be set up to avoid competing with one another.

Given the compounding nature of the collective contributions of pytrader, the incentive structure should be set up to encourage PRs back to the repository.

In a way, this mirrors how some hedge funds are structures.  There are various teams with their own code-base and they get a cut of the incentive fee, if a shop is structured so that you’re covered during a bad year when others do well, you end up sharing code.

Perhaps public/private is too binary of a model for a “distributed autonomous hedge fund“. There are pockets of traders that have some incentive (whether theres shared funds, an agreement to share their best code, sharing cpu cycles, whatever), and I think that is a good middle ground

So far, the project has

I do not know whether this project will continue to make it’s contributors very wealthy or if interest will piddle out over time.  So far, I am compelled by the 30 pull requests (many of them significant value-adds) by those 6 different contributors.