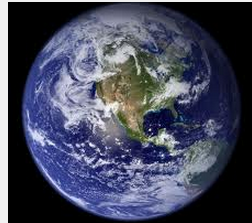 Google periodically updates their corporate logo on their homepage with a themed logo. Typically, this themed logo will coincide with a current event or news item in the country they launch the logo in. For example, in USA, the Google.com homepage over the last few weeks, has had themed logos celebrating both the 40th anniversary of the first episode of Sesame Street and the anniversary of the invention of the bar code.

It”s interesting to me that if you click on the themed logo, you”ll be taken to the search results for your logo, ie. ”Sesame Street”, or ”Bar code”, respectively. I thought it”d be interesting to dig a little into how much of a traffic boost websites on the first page the google results for these queries got during this time.

The sesame street logos went live on Nov 4th and ran for a few days.

There”s a huge jump in searches related to sesame street during this timeframe.

SesameStreet.org is on the front page of search results for the ”Sesame Street” query. Their traffic has been climbing month-by-month. Though it”s too early to tell, I”d be willing to bet the Unique Visitor count is going to skyrocket in November!

Case 2: Anniversary of the invention of the Bar Code.

And…. the jump in volume for ”bar code” searches associated with the logo launch:

BarcodesInc.com is on the first page of Google search results for the query ”Bar Code”. They got quite a jump in traffic for October!

UPDATE 11/16/2009: Jeff Powers, co-founder of Occipital (the company that makes the #1 bar code scanning app in the iPhone app store, RedLaser), left a comment noting that they got about a 1000 user bump on Oct 7th, a bump he attributes to the awareness generated by the Google logo.

I wonder how much it”d be worth to a private company to “buy” a themed google logo for a day. In a world where media and advertising industries are being revolutionized, I”d be willing to bet a logo campaign with Google would be worth quite a bit.

Again, you can see the entire collection of themed logos at google.com.