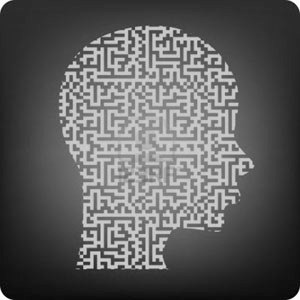 A few days ago, I was taking a break from hacking to get some coffee downstairs.  StepOut’s offices are on the 4th floor, so I press the ‘down’ button, enter the elevator, and take out my iPhone.  One tweet, 25 seconds later, and I’m downstairs.  Cross the street.  Light’s red.  Take out phone, scroll more tweets.  There’s a line at Starbucks.  Check Email.  Still waiting in line — Better check facebook.  Get cofffee, cross street, get in elevator, send message, and get back to work.

It would suffice it say that the entire time my mind was in my phone.  Innocuous as that trip might’ve be, the walk to Starbucks and back is a blur, but I do remember the tweets, the articles, and the emails I experienced on the way there & back.  And that scares the fucking shit out of me.

Hi.  My name is Kevin, and I’m an information addict.

I’m addicted to information.  Hindsight being 20/20, it probably started sometime between when I got my iPhone and reorganized my home with an Apple TV and Time Capsule.  Is it overly melodramatic to say that the undeniably subtle and illusive, yet powerful, psychological draw of my MacBook Air and Thunderbolt Display in my bedroom grips me as soon as I get in the door from work?  Technology, done right, has a somewhat hypnotic quality to it.  Have you ever tried to have a conversation with someone who is ‘in the zone’?  It’s nearly impossible.  I myself *eat* in front of the computer.  Sometimes I fall asleep to Netflix.  I use my iPhone while I’m in the bathroom.  The handy little gadget in my pocket is not just a phone — it’s a portable alarm, atlas, music player, notepad, newpaper, photo book, remote control, journal, and video game console, all in one.

I’m writing this post from The Bean in the East Village.   On my way here, I decided to do a little experiment.  Of the 39 folks I passed on the street, 17 had their phones out. 43%!  Forty – Fucking – Three!  My brief experiment, unscientific as it was, seems to anecdotally validate that I’m not the only one living with one foot in the digital world.

We’re living on a shifting landscape.  I think something unprecedented has happened to people since the internet has begun to permeate everywhere around us.  For 99.9% of human history, the medium of communication was body language, word of mouth, and eventually via the hand-written word.  In the 1400s, the printing press was introduced, and it fueled the Protestant Revolution.  It democratized the way information way stored and shared.  *Anyone* could distribute a book.  An entire publishing industry has grown up in the wake of that innovation. The invention of the telegraph and radio followed in the 1800s, and with it, media empires have risen.   After World War II, Television sets begin to show up in living rooms nationwide.  The 1960s gave us ARPANET, and then eventually, a few decades later, the internet and the personal computer revolution.  Fast forward to 2012, and nearly everyone is walking around with a smartphone in their pocket.  In the 21st century, Apple, Google, Facebook, Twitter, the entire current vanguard is disrupting old media — it’s shortening media, democratizing it, making it permeable to many mediums and generally omnipresent.

Please forgive the longwinded gloss over on the modern history of communication technology —  I mean to illustrate one central point: In terms of human history, we are living in a place of unprecedented information abundance.  By contrast, our minds evolved with information scarcity.  We’ve evolved via natural selection to *seek* information.  Just like food, water, sex, security, friendship, we’ve been hardwired with a thirst for data.  According to psychologists, that wiring, combined with a completely new environment characterized by abundance of data around us is rewiring our brains.   Anecdotally, I believe one of the dangers today we face is that that behavior can turn to compulsion.

An irresistible urge to behave in a certain way, esp. against one’s conscious wishes.  (source)

Don’t get me wrong; I know information is useful.  Shit I have a B.S. in Computer Science!  I’m self-aware enough that irony that my small soapbox being in cyberspace, powered via wordpress, and hosted on a Linux Server on cloud server somewhere in Texas, does not escape me.  I think the medium is a powerful thing, if it’s used the right way.  I am starting to see a trend, especially amongst digital thought leaders, towards balancing the relationship with technology in life.  The end goal of this trend is to avoid the compulsiveness of information cravings, conversely,  is to be in control of our thirst for information.

FWIW – I agree with Reid Hoffman when he says that Web 3.0 will be about knowledge and data,  but that is the topic of another post.

Your mind on the ‘net

If you’re anything like me, you recognize the euphoric feeling of visiting a favorite website.  You get it when you open up a web-browser and start keying in the URL — For me, it’s reddit and hacker news.  Those sites are the fucking high fructose corn syrup of the internet!

Louis CK, during his Reddit AMA puts it pretty well:

The rush of dopamine you can get with a few keystrokes from facebook, twitter, or any of these other social news, while enthralling for a moment, is ultimately empty in my opinion.  Did you know that when Facebook designs new user interfaces, they ask “Where is the serotonin in this design?”?  Don’t get me wrong — I’m not against designing great experiences, and Facebook is a great tool, but their entire business model is centric around keeping me addicted to their web-front. I just like to know when I’m the user vs. when I’m the product.

I’d posit that if you’re an urban millennial, you live in a world where digital environmental stimulation is increasingly omnipresent.  Here in New York City, we have televisions in our taxicabs.  High Resolution Digital Displays consume the real estate above our subway stations.  Restaurants play Pandora Radio, and Gyms have digital workout assistants.  Simulation.  Everywhere. You. Go.

Men have become the tools of their tools. ~ Henry David Thoreau

In Japanese Buddhism, a Hungry Ghost is a ‘being that is driven by intense emotional and animalistic urges’.  They are beings that are strung from craving to craving.   How much of our mental experiencia derives from our environment, and how much of it is internal to ourselves?  Is ours a generation that is being conditioned on a mass scale to move from from craving to craving like a monkey through a jungle?  Every shiny new Apple product I buy, I know I’m only a few months away from a new accessory, or an upgrade.  Am I in control of this impulse, or is this impulse in control me?

I’m not as pessimistic as to suggest that us millennials are we’re living in some sort of myopic dystopia.  After all, all of my basic needs are met.  From basic needs like having plenty of food, water, security, to having a great job, friendships, and family.  But am I any happier for it? Hard to say.  Am I walking on a cloud all day? Definitely not.

If one is to accept that information overload permeates the urban environment, and that this is not necessarily a good thing, it seems to me that what must follow logically is that Silence is okay.

Should that really be a point that needs to be logically deduced?  Consider that for millennia, the world was nothing but silence.  We were born into silence;  As human beings, for each of us, the first noise we’ve ever heard was the rhymic beat of the hearts of our mothers.  Silence is at the core of our very nature as human beings.

Being bipolar, … I lived for the mania, pre-management. For the moments when I could work faster and better than everyone else. Silence was scary, as it was the beginning of the other side of the cycle, depression.

Yet, now that I embrace the silence; seek it out, and even control it, I relish the clarity it brings.

Does clarity derive from Silence?  I think so.  With clarity, one develops a sense of their priorities and perhaps the self-discipline to grow, and leadership follows.   The more I learn and grow, even as a leader in a technology company, the more my personal experience validates that Silence, Solitude, Self-Discipline, Mental Clarity, and Leadership all go hand in hand.

I certainly don’t have the answers, and let me be clear: I spend around 50% of my waking life with digital technologies, but I have found some practical ways to deal with overexposure to digital stimulation.  It all starts with mindfulness and the self-discipline to set boundaries, sacred time, and sacred space.

Here’s my (work in progress) ruleset.

Think I’m completely full of shit?  On point?  Somewhere in between? What do you do to manage your relationship with technology? Leave a comment below.