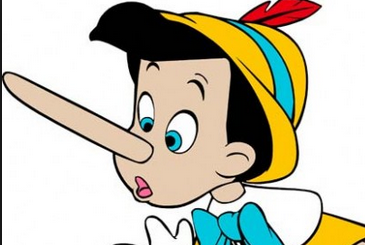 Late 2011, coming off the thrill of a fresh round of funding for our startup, we had made an offer to an engineer.   After months enduring the drudgeries of searching, interviewing, reference checking reputation after reputation, making an offer, and finally negotiating with the right candidate, we were finally finished.  We had an offer letter signed — we finally found the the one.   The day before their start date, tragedy struck.

“I’m sorry I haven’t gotten back to you until now. My family and I are going through a tragedy right now. My father was killed by a drunk driver while working early Friday morning. The funeral is tomorrow morning.”

What can you do in a situation like this?  Just your best — We promptly responded with a sympathetic note, moved back his start date, offered to come to the funeral, and told the new hire we’d follow up in a couple weeks about his start date.

After weeks of waiting, I followed up with a call that I’d been vigorously mentally positioning for.  Strike the right balance between empathy and the need to move our business forward.  3 rings, no answer.  I left a voicemail.

Another week or two passed,  I began to wonder what was up.  This isn’t a scenario you’re prepared for in business school.  There is no flowchart in the Lean Startup playbook for this.  It’s time to get street smart.  I asked one of my female friends to add the candidate on facebook and do some recon.   While he’d been ignoring my emails for weeks, he accepted the invite within 15 minutes!  Turned out he’d been out partying, going to concerts, writing upbeat music, and gloating about his new work laptop.  No signs of recent patriarchal demise.

What a fucking slap in the face.  I was furious.  How could this candidate so callously invoke his fathers demise?  How did we not see a red flag when we checked his reputation?  If his end-game was to passive-aggressively decline our offer, he succeeded brilliantly .  And wasted a metric fuck-ton of our time in the meantime.  Are people in the business world really this deceitful?  I’d expect something like this if I had come to NYC to work on wall-street, but in Tech?  Wouldn’t it give him more piece-of-mind just to tell us he accepted a counter-offer from his current company?  It sure would have saved us months of delayed recruitment efforts.

Oh, and thank goodness we did not hire this psychopath.  Talk about a culture net-negative!  We really dodged a bullet here.

I ended up firing off a note saying we were no longer able to keep our business in a holding pattern and were rescinding his offer.  But the series of events that unfolded have stuck in my mind.   Are people capable of such callous deceit?  Does this guy care about his reputation *at all*?

The more experience I gain in startups, the more I’m struck by how callously people some people act in business.  Particularly when they can externalize the results of their promises.  Sure, I’ve never had another scenario like the one above, but the smaller ones make a real difference.  A sales guy over-promising.  An engineer missing their deadline without an update.  A last minute injection of a term into a deal I’m about to sign.

It’s a depressing fact of life, but self-centeredness and deceit are part of human nature.   Somehow the short-term thinking that has punctuated Wall-street over the last decade has bled into our actions as the market in the internet age has rewired our brain to crave immediate gratification.

Turns out that too often people who promise something and follow through are the exception, not the norm.  Reality dictates that you can only control your own actions and the people who you spend my time with, but if you organize your life such that credibility is sacrosanct it seems that you can avoid some of the suffering.  The relationships I have that are held in the highest regard are the ones in which this is a central value.

It’s probably not worthwhile to speculate what life would look like if we all treated credibility as sacrosanct, but here are some things I have learned about the art of purposeful credibility in my own life.

This post may come off as incredibility smug to many I have known personally, perhaps wronged, in younger days.  I do not claim any particular holy clairvoyance or God-like self control.  I am a flawed person who is learning to practice new things and looking to optimize the remainder of my life for optimal happiness.  Perhaps I’m still young enough to be idealistically naive, but the part of me that believes in karma hopes that by practicing the art of purposeful credibility, I’d be both happier, less stressed, and more successful than the alternative.