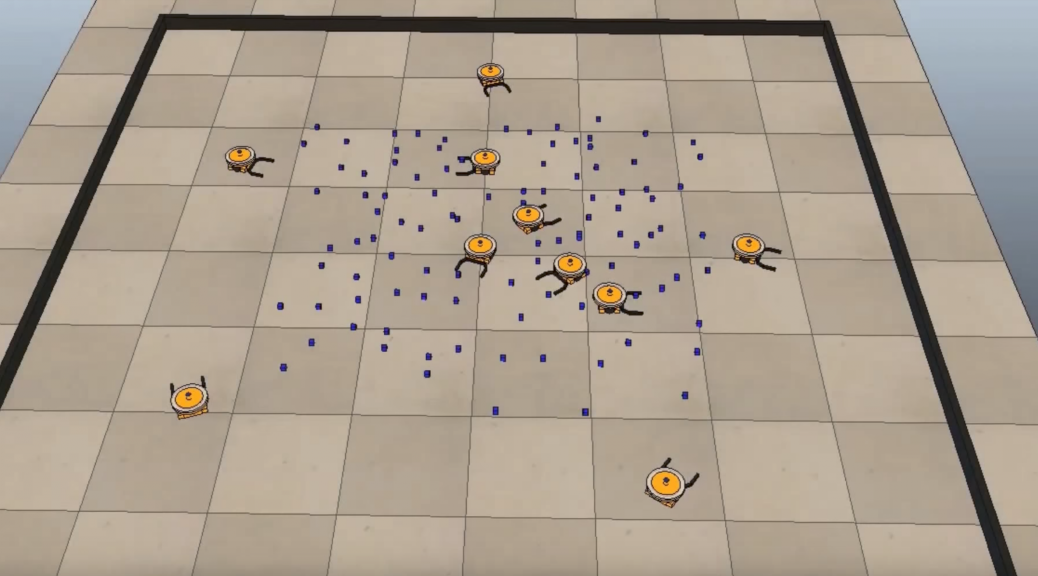 I first learned about the concept of Stigmergy this week.

Stigmergy is a consensus social network mechanism of indirect coordination, through the environment, between agents or actions. The principle is that the trace left in the environment by an action stimulates the performance of a next action, by the same or a different agent. In that way, subsequent actions tend to reinforce and build on each other, leading to the spontaneous emergence of coherent, apparently systematic activity.

Apparently stigmergy has been observed in social insects, like ants. Ants leave traces of pheromones on their way to food courses, and over time more & more complex trails emerge — which ants can use to inform their next ‘action’.

In computer science, this technique has been replicated in a system such that complex functionality can be boiled down to a single set of rules amongst each of the nodes.

Here’s a video of Stigmergy in action: